The motivation to write this book mainly arose from a long mathematical study and interest. Because much information is available in both Dutch and English and because this book is a collection of work from a lot of mathematicians, information is provided in both languages. It makes the book accessible for a wide audience.
This book is the 2nd, revised edition and contains improvements, but is particularly a substantial extension of the first edition. This extension includes 64 new sets of numbers and many special numbers.

The objective is to open a fascinating and informative world of numbers in number theory. The book is divided into four parts. Part I is a personal focus of the author. Part II pays attention to early and recent phrases done by wise men, to basic numbers and to numeral systems. An overview of 306 mathematicians from 37 countries and a presentation of mathematical terminology is given, which are part of the descriptions of the number sets in Part III. This part is the lion’s share of the book and includes 529 descriptions of number sets. The description of each number set has been clarified with examples, the name or names of concerned mathematicians together with personal information. To the number sets belong the well-known Natural numbers and Prime numbers. But moreover ABA numbers, Brilliant numbers, Fibonacci numbers, Lazy caterer numbers, Twin prime numbers, Quaternions, Weird numbers, Schizophrenic numbers and many others which are usually unknown. Four examples from the extension:

Frobenius numbers
It concerns solutions of the Frobenius problem or Coin problem. Suppose there exist only coins with a value of 5 and 9 cents. Then the largest monetary amount that cannot be obtained using only 5 and 9 cents is 31. This number is called the Frobenius number. It can be calculated by a general formula. Applied to the numbers 5 and 9 it shows: (5 – 1) ∙ (9 – 1) – 1 = 31.

Everyday numbers
The International Bank Account Number (IBAN) belongs to these numbers To check if the IBAN is valid, the 11-proof will be applied. Is the number valid then the control number, that follows the country code, is computed.

Subsequently four special numbers are given with amazing properties, followed by some numbers that appear in the Bible, with having surprising mathematical relationships.
Some examples of special numbers:

Some examples of Biblical numbers:

Finally part III ends with two problems. The first problem (Is P = NP?) is waiting for solution and the second problem (Fermat Point) has already been solved a long time ago.
Part IV includes references to literature and websites. It finishes with two bulky indices of number sets in alphabetical order both in Dutch and English.

Lecturers and students in mathematics and technique and everyone who is interested in or curious about surprising characteristics of numbers. Because the book is written in Dutch and English, besides not a 1:1 translation, the book is not only suitable for the Dutch reader but also for non-Dutch. 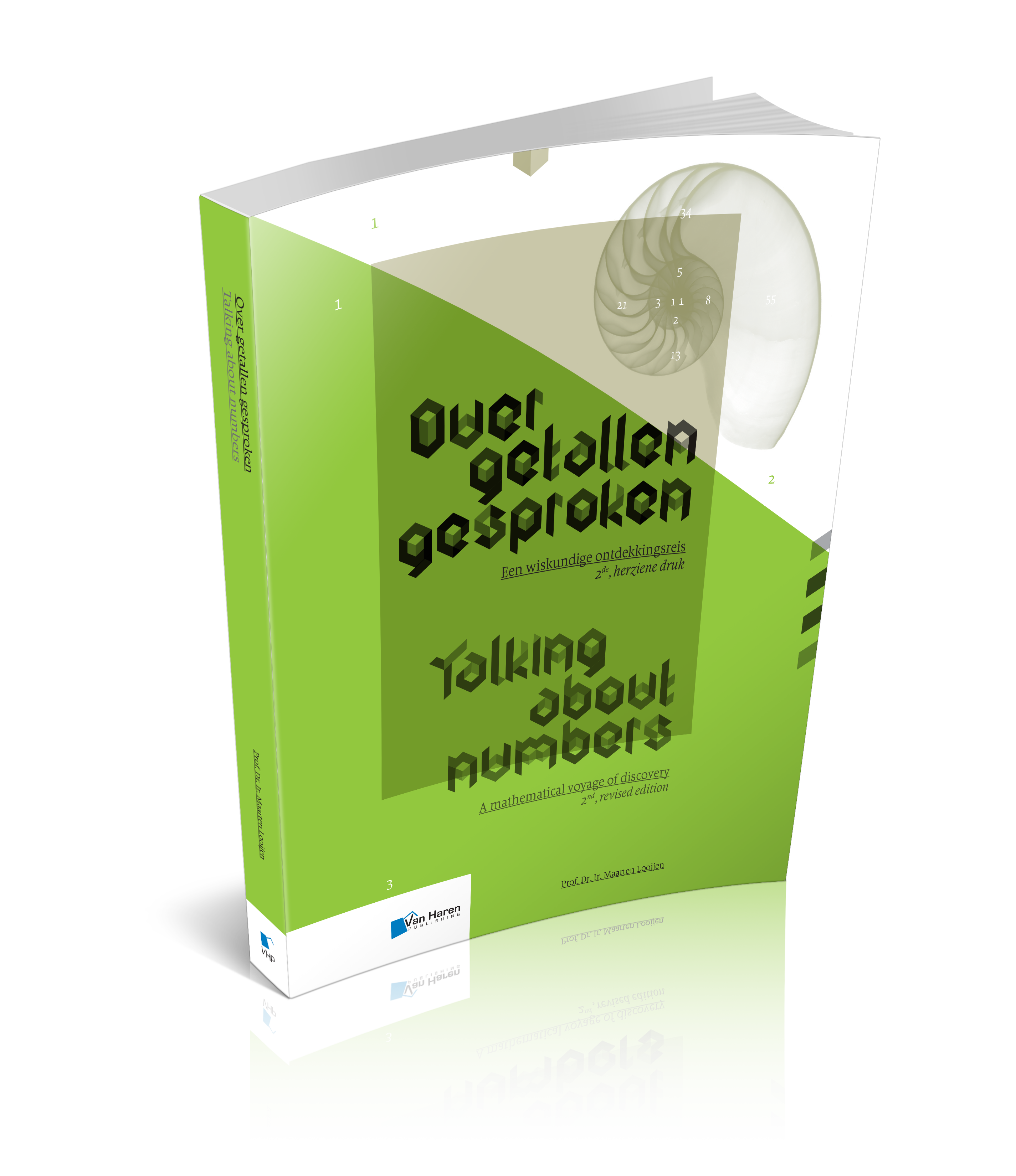